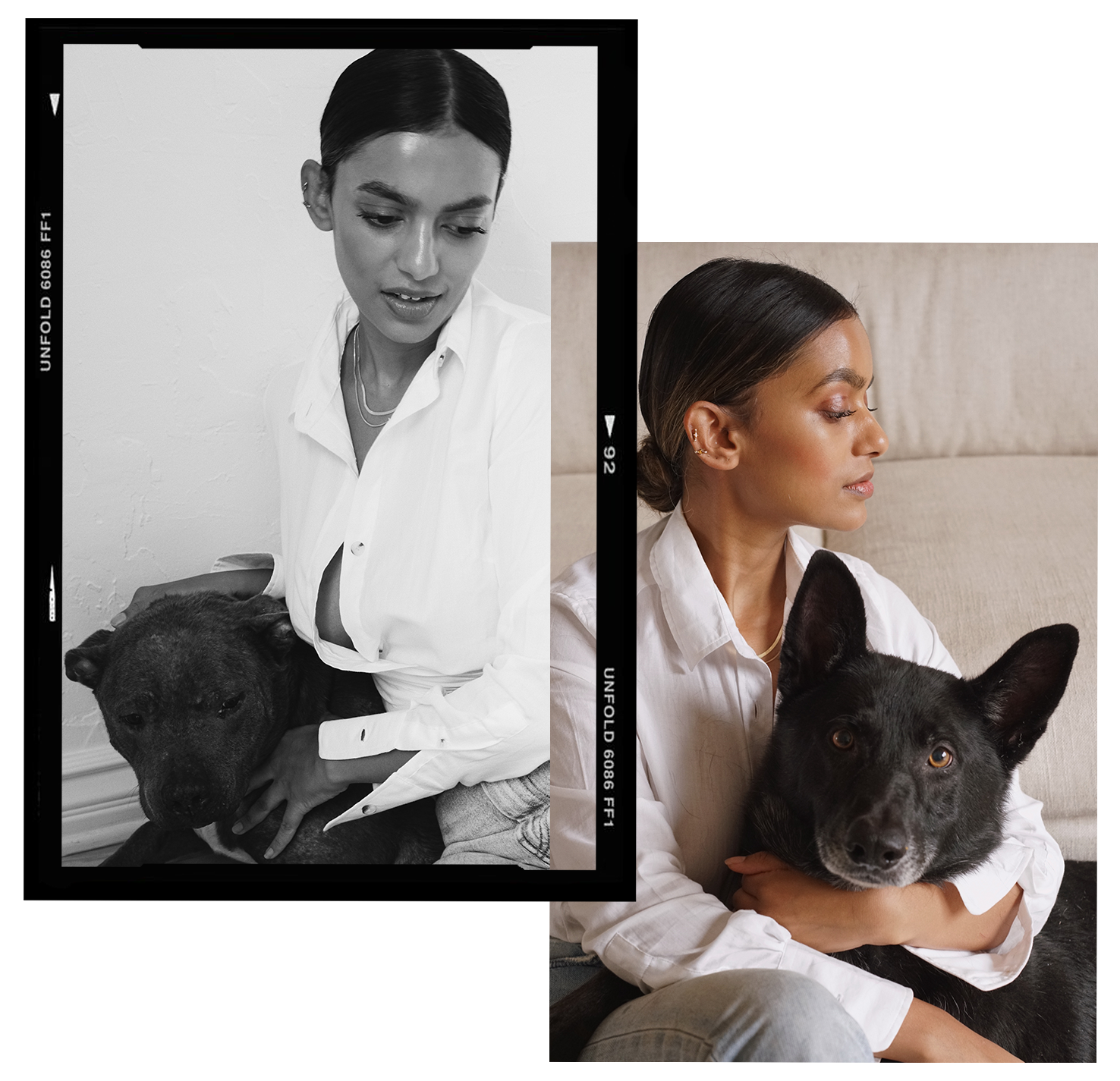 The Pagerie Pet is not only your son or daughter, but closest confidant. Introducing Wo(man)’s Best Friend, a series that reveals our favorite Pagerie companions and the personality traits that make them one of a kind.

Stella Simona is a jewellery designer, content creator, and a mother of four. A mother to two beautiful boys and two handsome dogs, who, according to Stella, might as well be human.

But pre-children, the LA-native and first-generation American, created her collection Haati Chai as an homage to her Bangladeshi culture and to fill the void of coveted heirloom jewellery. It is her take on east meets west and Stella incorporates old-world elements from her ancestral background juxtaposed with modern silhouettes for everyday wear.

“Historically, if you date back to the very beginnings of jewellery, the root of it is in self-care,”

she says. “When we take our time in front of the mirror, we’re taking those moments to ourselves about what makes us us. Women have so many reasons to embrace their identities.”

The designer is also a talented content creator, crafting stories via visuals for storied and indie beauty and fashion brands while using her photography medium. Her aesthetic is ethereal and Stella exudes a meditative calm as she gracefully moves through the motions of applying her ever-evolving skincare routine.

And while Stella’s devotion to her vocation is apparent, her love for her canines is even more so.

“I see them as my children. They're my family,” she says. “I know a lot of people say you can not compare it, but it feels the same to me.” 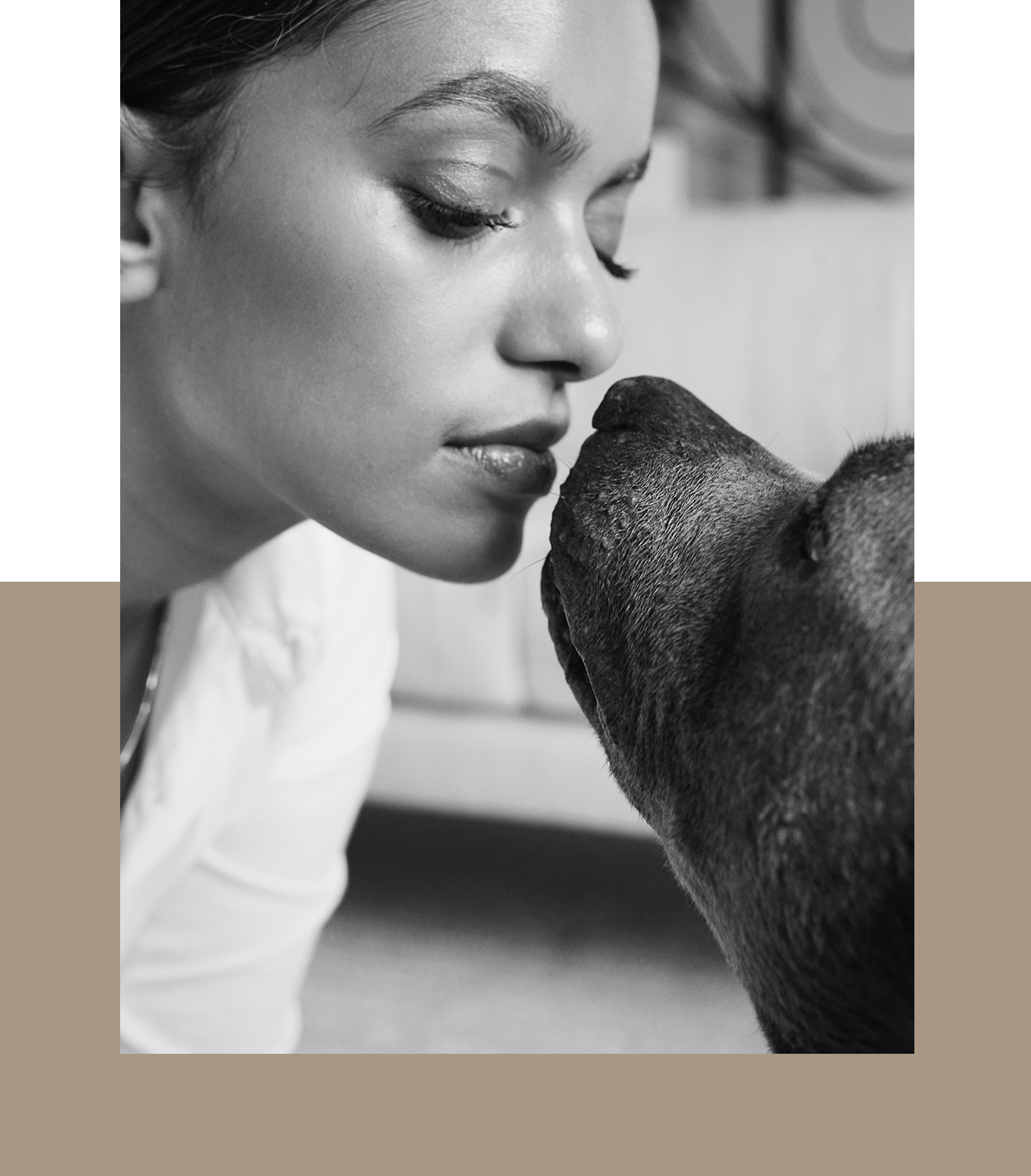 Breed: Taj is a blue nose Pitbull and Kohl is a Belgian Shepherd.

Cutest quirk: Taj, the pit, has these really cute sad puppy eyes. He could do the worst thing ever, but the minute he throws those eyes, you melt and do whatever he wants. He has gotten even more adorable since we have had babies. When I had my firstborn and I was tending to him, but not doing it right, Taj would pick at me. And I could tell because he would cry, telling me to do better. He loves taking care of his human brothers. It is definitely true what they say about pits being nanny dogs.

If someone rings the doorbell, Kohl, our Belgian shepherd, will take his paw and push open the curtain. He also walks around the house and grabs things as if he does not have a dog body.

Favorite human food: Neither of them gets too much human food, but every once in a while, we treat them to a good piece of salmon.

Daily uniform: They’re usually pretty naked. Except for Taj. Ever since he was a tiny puppy, he noticed that I was designing jewelry. He always wanted to wear a chain and would tilt his head towards me to put it on. Also, sometimes Taj gets cold, so he wears a little sweater. 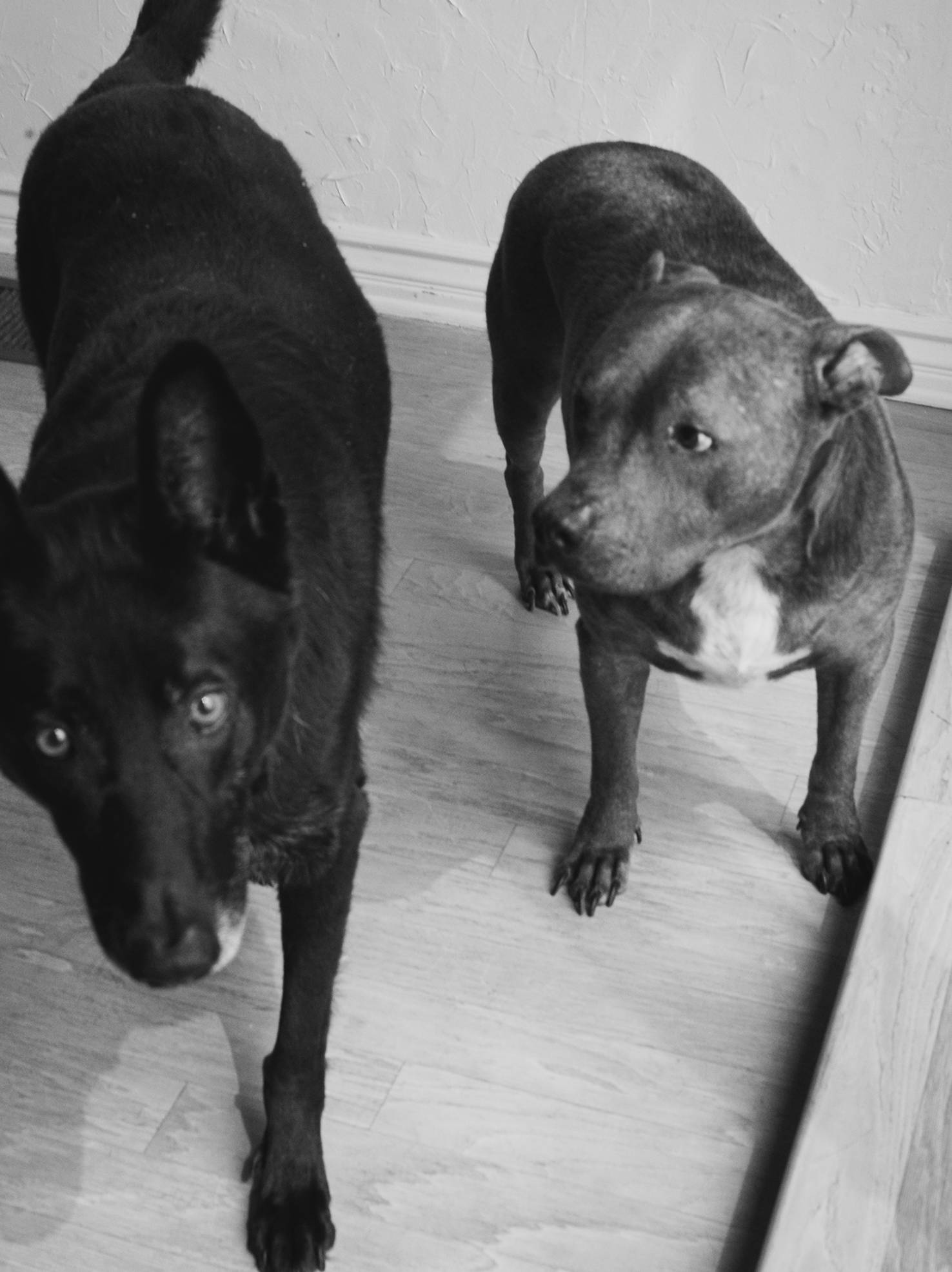 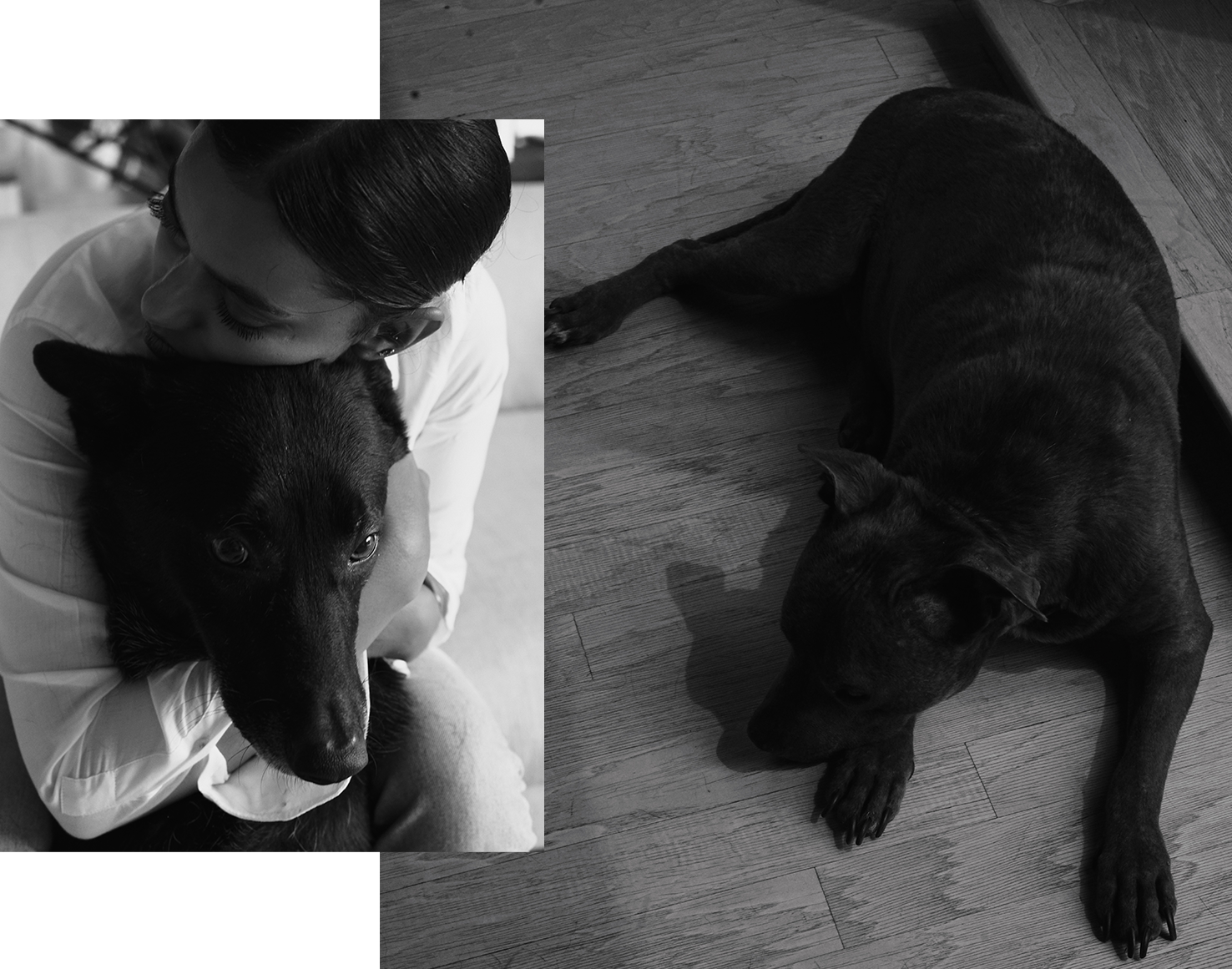 Go-to outdoor activity: Kohl loves a good run. I do not think he knows he is a dog. He believes he is a wild wolf. If you let him out in the yard, he will sit under a tree on a hill and look out like the lion king.

Taj loves human companionship. I honestly do not think he knows he is a dog, too. Taj believes he is our first child. Whether we’re playing catch or sitting in the grass, whatever we are doing, Taj wants to join in. He mimics our activities.

Preferred luxury item: Taj and Kohl love to use my luxury coats as makeshift blankets. Sometimes I will have the coat sitting on the side of the bed and they find a way to pull it down and lay all over it. Their favorite one, as of right now, is a vintage Dior trench.

Learn how Pagerie is making the conscious choice to break the careless mould of fast fashion. We treasure quality, sustainability, and timeless des...